Privacy and safety, security and freedom, public and personal. Each of these dichotomies point to the gravity of the debate between public and private space.The prevalence of surveillance in personal, public, corporate, and governmental contexts is growing exponentially. Who are the watchers, and who is being watched? What information is at stake? Are we / they generating meaning? Is there a balance between safety and threat? The exhibition features the response of artists who wrestle with these topics in contemporary society.

James Bridle
The Drone Shadow is a piece of public art, undertaken in public space, for the purpose of public debate, originating in work performed at public protests. For some time, I've wanted to open up the project, so that anyone can draw one. With this in mind, I've created a handbook, which gives guidance on how to draw a drone shadow, including advice on measuring and materials, and schematics for four of the most common types of drone: the Predator, Reaper, Global Hawk, and Hermes/Watchkeeper.

David Wallace
Wallace’s friends, Family, Neighbors is a slideshow of quotidian scenes from David’s community of people in the course of their lives. Each image is partially masked by a moving tableau of shadows - first of swallows flying by, then, in a sobering punch, the shadow of a Predator UAV (drone). The shadow theater he creates is low-tech - cut out shapes are suspended from a large plywood disc and rotated by an electric motor in front of a projector. This approach implies an everyman’s reaction to the presence of drones and the impending insertion of same into U.S. airspace.
Wallace on Wallace: My work engages the power structures of remote warfare, surveillance, and state violence by bringing them into contact with issues of vulnerability in both private and public spaces where people gather and go about their daily lives. Through public installations, video, sculpture, drawing, painting, and shadow puppetry, I intervene with the dominant narratives of war and power propagated by mainstream media, politicians, and the military/security industrial complex. “Friends, Family, Neighbors” utilizes 140 color slide portraits taken of over 50 people from my daily life. Portraits of my loved ones, co-workers, and neighbors are projected onto the front window of a gallery as a flock of shadow birds and a silhouette of a Predator drone move across their faces. My film “Predator” reflects on our shared complicity in the use of military drones as well our simultaneous vulnerability in a world where they have become ubiquitous.

Hasan Elahi
Elahi is an artist who was detained by the FBI in 2003 and underwent numerous interrogations and a lie detector test before they "cleared" him of suspicion. This experience inspired him to create software for his phone and website that tracks his movements and shares them with anyone who is interested. He also documents mundane events in his life photographically as further "evidence" of his activities. These images include meals he eats, and visits to bathrooms, etc. While the FBI has indicated that he is no longer of interest, his website reveals frequent visits from the Executive office of the president, the CIA, and the DHS.
From Elahi’s NYT Op Ed: The questioning went on for the next six months and ended with a series of polygraph examinations. I must have completed these to the agents’ satisfaction; eventually an interrogating agent told me that I had been cleared and that everything was fine and said that if I needed anything I should call him. I was planning to travel in the weeks ahead and was nervous about entering the country; I asked the agent about this, and he told me to call him with the information about my flights and said he would take care of everything.

Soon I began to e-mail the F.B.I. I started to send longer e-mails, with pictures, and then with links to Web sites I made. I wrote some clunky code for my phone back in 2003 and turned it into a tracking device.

My thinking was something like, “You want to watch me? Fine. But I can watch myself better than you can, and I can get a level of detail that you will never have.” PEOPLE who visit my site — and my server logs indicate repeat visits from the Department of Homeland Security, the C.I.A., the National Reconnaissance Office and the Executive Office of the President — don’t find my information organized clearly. In fact, the interface I use is deliberately user-unfriendly. A lot of work is required to thread together the thousands of available points of information. By putting everything about me out there, I am simultaneously telling everything and nothing about my life. Despite the barrage of information about me that is publicly available, I live a surprisingly private and anonymous life.

In an era in which everything is archived and tracked, the best way to maintain privacy may be to give it up. Information agencies operate in an industry that values data.Restricted access to information is what makes it valuable. If I cut out the middleman and flood the market with my information, the intelligence the F.B.I. has on me will be of no value. Making my private information public devalues the currency of the information the intelligence gatherers have collected.

Adam Harvey
Adam Harvey has been developing clothing, facial make-up patterns, and products in response to the ubiquitous surveillance in public and private spaces through technology.

Harvey on the Anti-Drone garments: The ‘Anti-Drone’ garments are designed with a metallized fabric that protects against thermal imaging surveillance, a technology used widely by UAVs/drones. The enhanced garments are lightweight, breathable, and safe to wear. They work by using highly metallized fibers to reflect heat, thereby masking the wearer’s thermal signature.

Of the three ‘Anti-Drone’ pieces, two are inspired by Muslim dress: the burqa and the scarf. Conceptually, these garments align themselves with the rationale behind the traditional hijab and burqa: to act as “the veil which separates man or the world from God,” replacing God with drone.
The third piece, the hoodie, is intended to thwart overhead thermal surveillance from drones.

Eva and Franco Mattes
Discovering that their laptop containing artwork to be installed in a gallery had been stolen, Evan and Franco turned to the gallery’s CCTV system for evidence of the theft, and resolved to use a loop of the surveillance footage as their contribution to the show rather than replicating their stolen work. Known for their liberal play with appropriation, theft and attribution Eva and Franco can be trusted to shift the dialogue, and act as both victim and perpetrator at every opportunity.

Marnix de Nijs
As an artist, Marnix de Nijs shows how culture acts upon our senses, and he expresses this in a great variety of ways, making use of continually changing technology. This allows him to emphasise a new role for the artist that seems to have been established by our developing culture of technology. The interface between the body and technology forms an important basis for his work. Technology must literally merge, become absorbed into the body so that it becomes a co-determiner of perception. 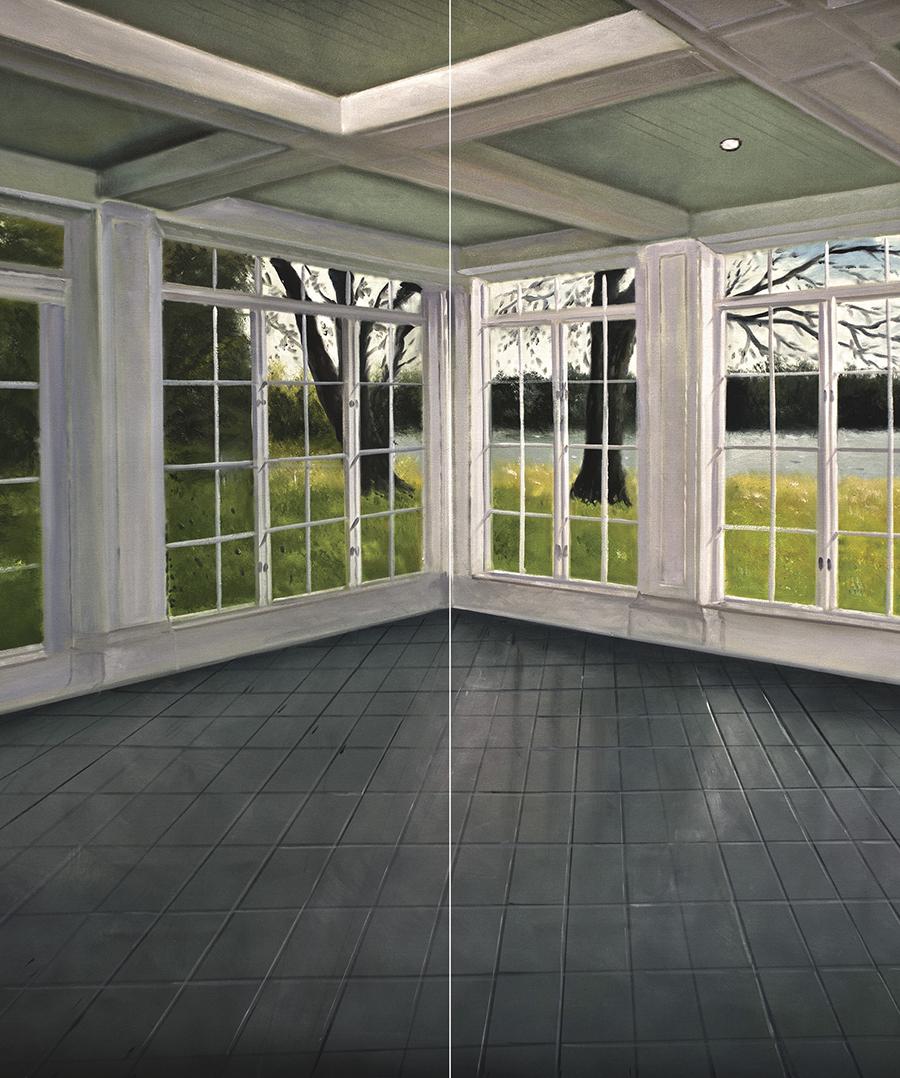 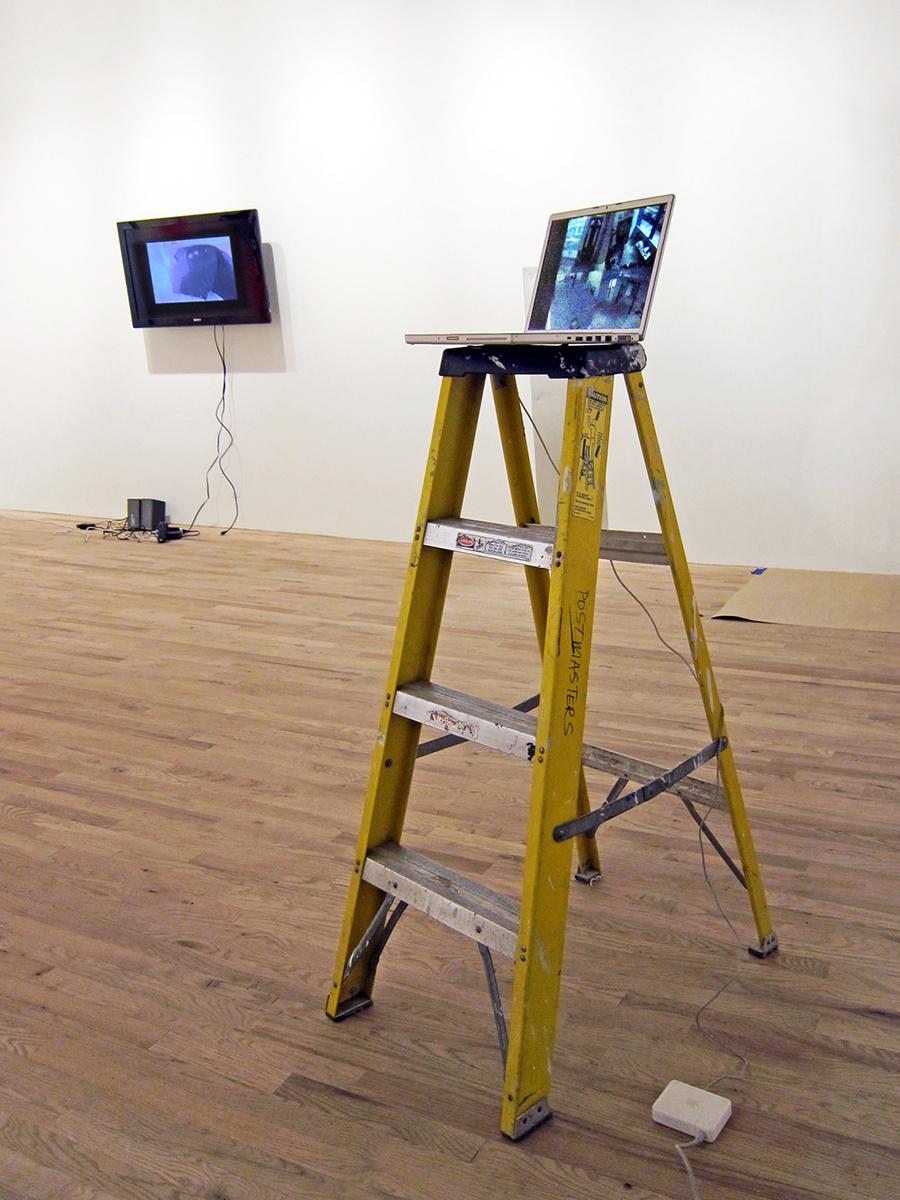 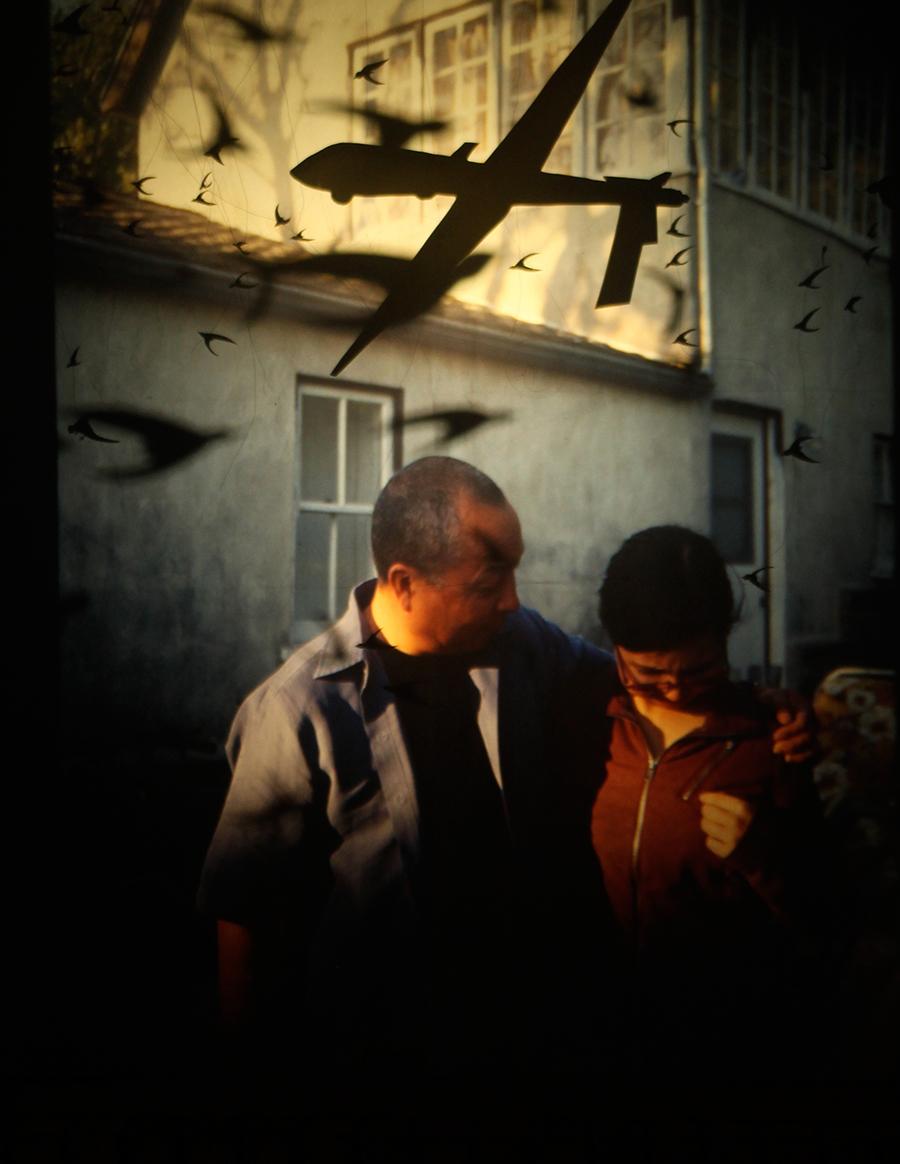 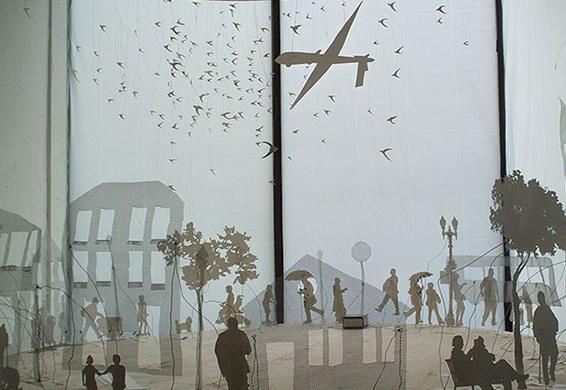